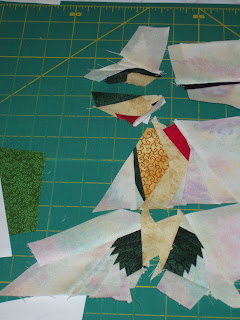 I did spend a fair amount of time at various stitching projects, though it doesn't seem as though I accomplished much.

As I mentioned last week, I have a new to me project that I really need to get on with. I have inherited it from my friend's mother. For those who have been reading here for the past year, you might recall that my best friend Julie-Ann passed away in April of 2008. It's her mother Joan that had the unfinished quilt.

The story starts back in 1999 when I decided to become a quilter and make a 'Millennium' quilt. They were really popular that year and they involved using 2000 different pieces of fabric.


The second picture shows this quilt in progress. yes, it is 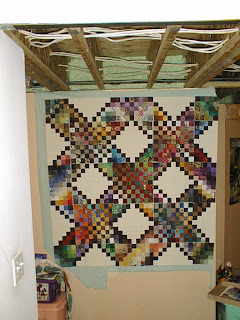 finished, but stored away and can't find a photo of it. Well, I showed this to my friend and told her about the store that I was receiving this BOM from and she went there are ordered one for her mother and a different one for her step mother.


Her mother's is a set of 12 paper pieced birds designed by Brenda Groelz. This link shows some of the blocks, but as the quilt setting was put together by the shop and the shop is no longer open, I don't have that pic to share.

I am working on the Hummingbird block and the first picture shows my progress. I think I did start with one of the harder ones. It some some very tiny pieces. Will keep you up to date with my progress. 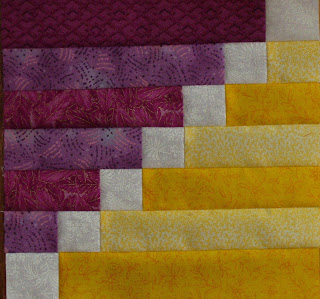 This Mock Log Block is from a pattern on the Quilter's Cache website. I pieced the one block and members of the Maple Leaf Online Quilt Guild pieced 9 more. One of them will win all 10.

The next 3 pics show some possible log cabin block arrangements. 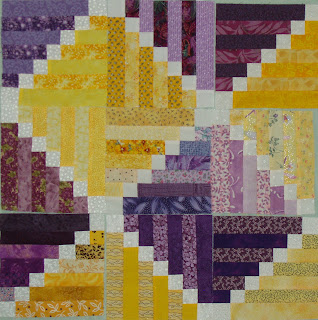 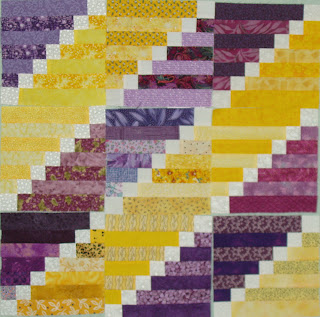 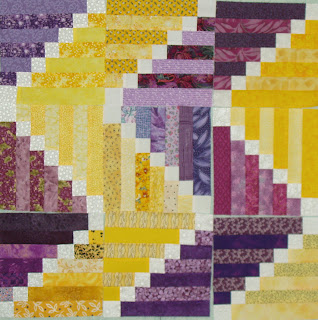 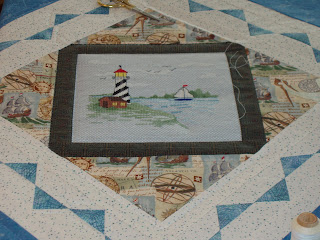 I did a bit of stitching on my cousin's quilt. I am currently working on this cross-stitched block that my sister Shelley made. It's done on a nice blue Aida cloth and I am stitching straight up and down through the holes. Its very slow going, but looks good. I was worried about the white quilting thread covering up the cross stitches, but when I snug the stitches tight they disappear down into the fabric .
Posted by Heather at 12:22

But when I saw the first one, I thought this was some new, abstract quilt until I had a closer look LOL