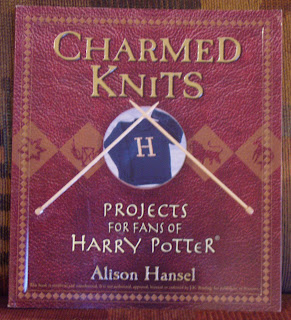 Its hard to admit that I didn't work a stitch on the bird quilt last week. Let's just call it a vacation.

With the viewing of the latest Harry Potter movie by my daughter, she was again asking me to knit a 'Slytherin' scarf. I sewed her one previously alternating rectangles of green and of grey fleece. She wore that to the movie viewing. Now she wants the version with the broad strip alternating with the two narrow ones.

I said yes of course, though I'll be doing it 'in the round' on her little knitting machine. I can tuck the ends inside and not have to worry about working them in. At the ends I'll knot it closed with a fringe. Son has also asked for a scarf, but wants his in black and white with the odd red accent. Both should be fun and will knit up in no time on that machine. 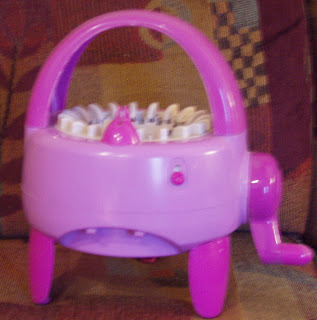 There are lots of lovely items in the HP knitting book, though I rather doubt I will ever get to any of them. They are fun to look at, specially Mrs. Weasley's sweater with the wild sleeves.

I do intend to work on the bird quilt this week even if only to post you a photo update next Tuesday. So until then...
Posted by Heather at 21:16

I would love to see a photo of that Mrs Weasley sweater :D