Saturday was a double meal. In the morning was a 10k time trial that started in the rural community of Elmira and ended across the street from me at the race director's yard in Conestogo. In a time trial, the slowest runner starts first and the fastest runner starts last. There was 1 minute between runners. The goal of the late starters is to catch up to the runners before him/her. I was at the water station at the 7k marker. This is my usual place and it's always exciting to see how the runners bunch up and whether the final runner has been able to make up any time.

When the runners had finished and recovered their lost fluids they were ready for an 'American Brunch'. There was an assortment of sandwiches, veggie wraps, bagels, muffins, cookies and the ever popular Tim Horton's Donuts. Of course there was mounds of fresh fruit and juices and a lovely bowl of fruit salad.

Later that evening was a group BBQ at the race director's backyard. This was the traditional 'Pre-Marathon Pasta Feast' along with BBQ. . 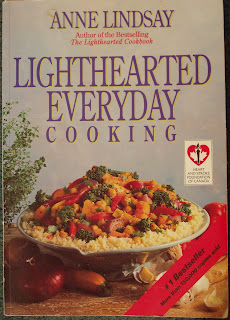 I brought my usual 'Rotini with Tomato, Black Olive and Feta' from 'Lighthearted Everyday Cooking' by Anne Lindsay.
The recipe calls for Penne, but I don't really like that shape so changed it to Rotini. When we have our planning meeting, we actually discuss which shape pasta each of us will bring so that we don't have dishes with the same shape. That would be boring. The runners have also told us that they prefer the 'white' flour pasta rather than the 'whole wheat'.
My son make a huge Oreo cheese cake for dessert. Most runners had already left by that time, though the few who tried the cake loved it. The remainder was chilled and brought for the end of the marathon. His recipe was from the Kraft Canada website, though he increased the recipe by 1/4 using 5 blocks of cheese, 1 1/4 cups sugar and 5 eggs. That was barely enough.
Posted by Heather at 13:26