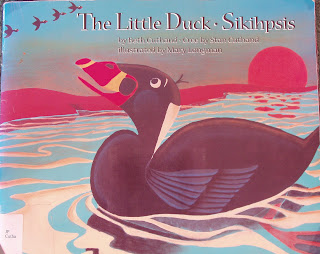 Today I read the story of 'The Little Duck - Sikihpsis' by Beth Cuthand. She is a Cree writer who grew up in both Alberta and Saskatchewan.
.

This is the story of a lonely, little mud duck who wants some friends. He lives near a village of Cree and he greatly admires them and wants to be one of them. When the villagers are preparing for a dance, the duck dresses himself as finely as a duck can and went to the village. They are polite to him and direct him into the area of the dance, but neither the duck nor the people understand each other as they speak different languages. Finally the little duck realizes that he will never be a Cree and he goes back to his swamp. After he removes all his fancy dress he hears the calls of other mud ducks and realizes that he can understand them. 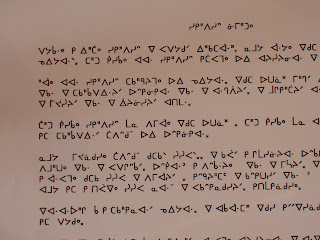 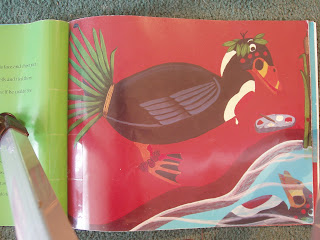 You can learn more about Beth Cuthand at the Internet Public Library, Native American Authors.
.
Mary Longman Aski-Piyesiwiskwew - Saulteaux is a member of the Gordon Band near Punnicy, Saskatchewan.
.
There is a really good podcast with Mary at the Mendel Art Gallery website titled 'Whose History? Reconstructing Indigenous & Settler Pasts on the Canadian Plains'
.
ArtSask features a sculpture or hers titled 'Ancestors Rising'