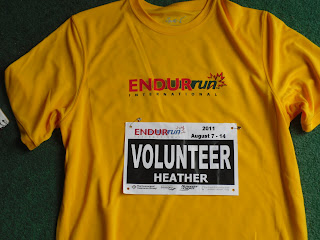 Today starts my annual week of volunteering at the Endurrun International.  This is an eight day series of seven running races that cover a total distance of 160 kilometres.  This is my sixth or so year of volunteering.
This year I thought I would keep track of books being read by participants, volunteers and supporters. 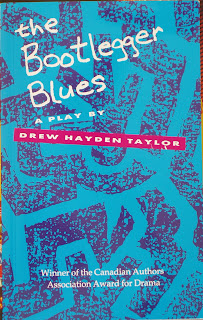 This is the play that I am reading at the moment and will accompany me.  The Bootlegger Blues by Drew Hayden Taylor.

Since the race sites are spread over several of the local cities and settlement areas, there is a fair bit of driving.  I will continue listening to Linger by Maggie Stiefvater.  Thank-you to Maggie for the borrow of the cover image. 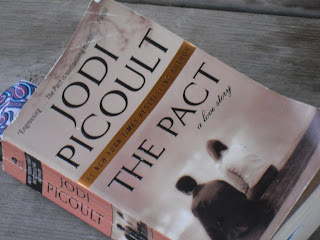 I did spy the spouse of one of today's guest runners reading The Pact by Jodi Picoult.  She told me that she had borrowed this from her mother's bookshelf.  This is the first book that she has read by this author.  She is also a summer reader.  She doesn't get much time during the year to read, but in the summer she enjoys sitting down and diving into a few longer reads.

I thought it would be interesting to compare what the public really is reading compared to what the publishers and major book stores are telling us is popular.  I haven't read anything by Ms. Picoult, but upon reading the back cover of this book, I realized that I have held it in my hand and done the same thing previously.

Note that I have also added a twitter feed for 'Endurrun' to the left sidebar.  Our web master Chris will be updating through out the week and during the actual race.  This is the first time that we have had such up to the minute results to share worldwide.
Posted by Heather at 17:37

If you read anything by Jodi Picoult, read "My Sister's Keeper"....

And if you never read anything by Jodi Picoult, that's okay, too.

We are so glad you are volunteering again. Thanks for the yummy and nutritious fuel on our 160k journey. I don't think it would be possible without it!

I borrowed The Pact from a friend of mine a few years ago. I returned it to her before I finished reading it. I think I made it to about the halfway point, because I kept pushing myself to finish it. Then I decided that there are way too many books that I want to read, to force myself to finish one I am not enjoying!