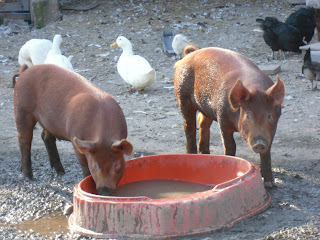 I'm happier than a pig in mud.

On Thursday I was out of town with my parents.  My dad had a chemo appointment.  He's cancer is in remission and he only has a dozen chemo treatments left.  Yippee. 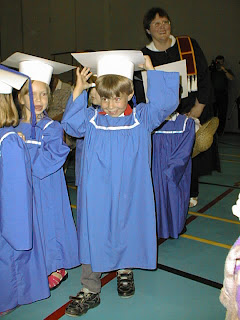 Thursday night, my son drove me home as he was going to test for his drivers license the next day.  He hadn't done any parallel parking yet.  When we arrived home, after a 1 3/4 hour drive, he did the manoeuvre a few times at the end of the driveway.  Not bad, but then again, not all that good.a

Next day we spent hours driving around the neighbouring towns.  Finally off to the testing centre.  He passed.  Not good with the parallel parking, but not bad enough to fail him.   It made me remember him at his pre-school graduation telling us that among other things, he wanted to be a race car driver when he grew up.  A license is a start.

Today I am taking him back to college; he has less than three week left in the term.  It's feels good to have so many things to be happy about. 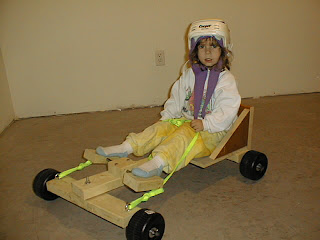 Earlier in the week, I took daughter to test for her G1, that's her permit to learn to drive.  Thankfully she passed the written test on her first attempt as there was a very long line-up.  She won't be driving this Fred Flinstone style vehicle to learn, we've upgraded since, but the helmet is still a good idea.

Hope to be back tomorrow with a review of a beautiful postcard book featuring the images of Mrs. Delany.

Good to hear you are busy and happy!

And I must admit I am a bit envious that you can teach your children how to drive. Totally illegal in Denmark where the cheapest option is an expensive ´parcel´ from a driving instructor. If you cannot pass the test after having paid e.g. $ 1500, you´ll have to buy extra lessons of $ 80.

Such good news about your father, my best wishes to you all.