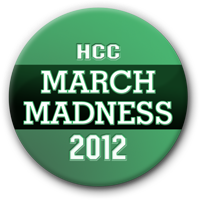 Only eight teams left vying for the championship.  This is the last week of competition within the original four Conferences.  We have four of the old times, oops, I mean classic novels in the competition.

Be sure to go and vote.  You can vote once an hour.

To Kill a Mocking Bird by Harper Lee vs Room by Emma Donoghue.

Ms. Lee wrote about a lawyer in the deep south defending a black man that has been charged with the rape of a white girl.  Ms. Donoghue's novel is about a five year old boy who has grown up locked in a small room with his mother; he has no idea of the outside world except what he has learned from his few television shows.  Both of these stories pull on the heart strings as both consider the case of a person who's life has spun out of their control.

Death on the Nile by Agatha Christie vs The given Day by Dennis Lehane.

Mr. Lahane's novel is set in post World War I Boston and compares the lives of two families, one black and one white.  Ms. Christie uncovers the twists and turns of the murder of a young woman during a cruise along the Nile River.

Mr. Grogan has written about what a family learns about life from their neurotic dog.  Mr. Grennan relates the true story of he  attempts to save the lost children of Nepal.  For me, there is no choice, the story of the welfare of children will always outweigh that of a dog.

The Bridge to Terabithia by Katherine Paterson vs Charlotte's Web by E.B. White


I voted earlier this morning, and then set about doing some research while writing this post.  During this time I have changed one of my votes.  I had been voting for Agatha Christie based on the books of hers I had read ages ago, though I have not read this title.  After taking another look at Mr. Lehane's book, I am now voting for him.

Are people voting based on author/book reputation or for the subject and writing quality of the story.  Both Room and to Kill a Mocking Bird are about sensitive subject matter.  I am still voting for Room.  I have read the book and found it very moving, and yes, situations like this do happen.  I have not read the book by Ms. Harper, though I do agree it is an important topic.  Whether it is well written, I have no idea.  I do have to wonder if people are voting for it out of guilt of what has happened to far too many young black men who lived/live in the south.  I am not taking a stance here, I am just wondering.

I'd welcome comments on these books and their authors.
Posted by Heather at 14:53