My Children are Growing UP 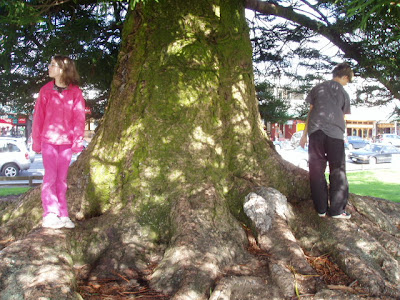 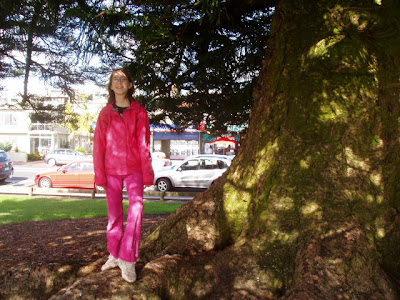 There is currently a popular website that features pictures  of old photos being displayed many years later at the site where they were originally taken.  I don't get it.  What is so interesting about an image of a photo floating in the sky? The first one I thought was unique, but that was it.  I didn't think it was 'cool' or anything.  Dozens or hundreds of them, a book deal,  and whatever spin offs.  I don't get it.  It doesn't show anything new, nor advance the story of the original photo.

While we were on vacation, I suggested we go to Mission Bay, New Zealand, which we had visited five years earlier.  Our kids had posed under a massive Norfolk Pine tree, and we'd taken a photo.  I asked them to pose under it again.  Such a change in my kids in those five years.  Wow.  I can only hope that we'll travel there again in the future for an update to these photos. 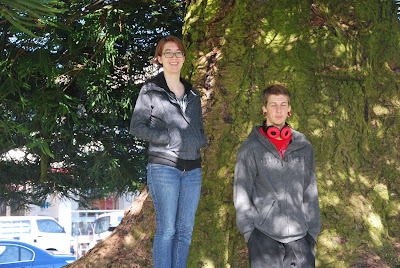 I am curious, do you take photos of your children in the same location year after year?  I have a few of my kids on the first day of school, standing on the front porch, but they wouldn't let me continue doing that once they got past grade 1 or 2. 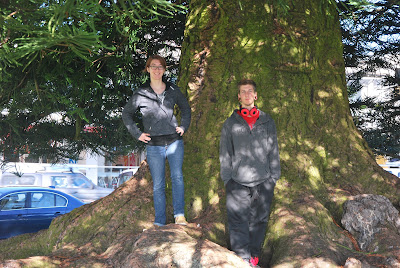 What a great idea to do this. And how they've changed. I'm sure you haven't changed one single bit. :<) When my kids moved out, I took all the photo Christmas cards we had sent to a framer, and she assembled them into a beautiful wall hanging. I look at it many times a day.

I like your family photos.
Have you seen mine at the bottom of my blog?

Please stop over and say hi.

It is fun to see the kids in the same place, so many experiences and years later.

I loved doing "first day of school" photos but that did not last forever, sad for me.