In the Moment by Olivia Jake 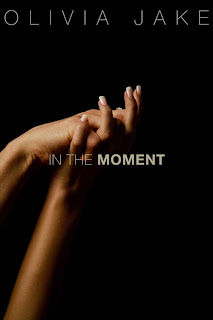 It's still a man's world when it comes to running and ad agency and even more so when  your clients are in the entertainment field.  Sam Davis knows this well and has worked hard to be at the top of her field.  Up until this client, she has never mixed work with pleasure.

Once Laurent Roman viewed Sam's company's proposal, he decided this was the company that would launch is new television network.  He also knew that his relationship with Sam, would not be purely about business.

Sam and Laurent are very much alike, both are exacting in their work and hold themselves to very high personal standards.  They dominate their fields, their employees and even themselves.  Sam is also the alpha to her two pit bulls at home.

Author Olivia Jake created believable business characters and a feasible story line.  I did feel that even with an instant attraction between the two, they moved far too quickly into a Dom/sub relationship.  I had expected a conversation between the two to discuss how they would proceed and whether they both agreed to it, not just Laurent deciding to was going to be his way.  Sam is such a strong woman, but she just sort of goes along with everything Laurent wants.  I kept hoping that she would tell Laurent no at some point.  I had some hope for her taking back a bit of control when she most competently introduced her dogs to Laurent.  I would have enjoyed the book more if Sam played a more equal role in their private life.

The story continues in Moments Lost and Found.

Thanks to author Olivia Jake for use of the cover image.
Posted by Heather at 08:00

this seems like a book I could relate to. Prior to retirement I was in the business world and sold retirement plans. Maybe I should write a book about that?
Mike