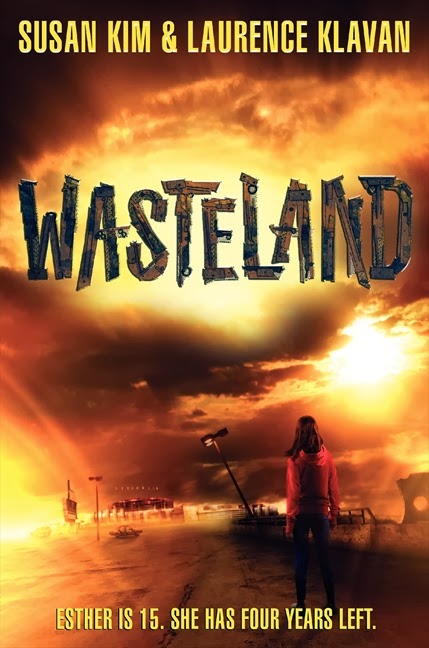 Two set of beings populate the earth, the humans and the seemingly more resilient variants.  We don't know what has befallen the world, but that the environment is hostile and humans generally succumb to disease by the time they are nineteen.

Esther questions why the rest of the humans can't be friends with the variants as she is with her friend Skar.  They play together every chance they can, but always in secret, away from the eyes of any other.  Even with this interaction, Esther doesn't know the secrets of the variants.

I found this a very easy to read story and found myself caught up in Esther's plight.  I wanted her to succeed and be happy within her community.  Caleb coming to town added more hope for her to accomplish this goal.

It didn't really bother me that I didn't know what happened to this world.  There were enough clues that referred to a global catastrophe, but the details of what happened, didn't really have an impact of how the community was dealing with the present.  Perhaps in the next books of the trilogy we'll learn more history.  I was more curious about how the variants lived and why they seemed so much more adapted to the harsh physical world.

The variants have developed a hunter gatherer society, and the humans have become scavengers.  There is very little book learning and most of the technological knowledge has been lost.  Hardly anyone reads.  I am left to ponder whether this community of Prin is representative of neighbouring settlements, or have they been so isolated that they have developed along a unique path.

I felt that there was enough to the story for both teens and adults.  Not all the stories I read need to be complex and lengthy.  This one was easy to read and most enjoyable.  I'm looking forward to Wanderers, the next story in this trilogy.

Thanks to Harper Teen for use of the cover image.

Thanks for the review - I've added it to my Amazon wish list ;-)

I agree, not all books have to be epic. I'll be looking forward to enjoying this one!