The Town that Drowned by Riel Nason 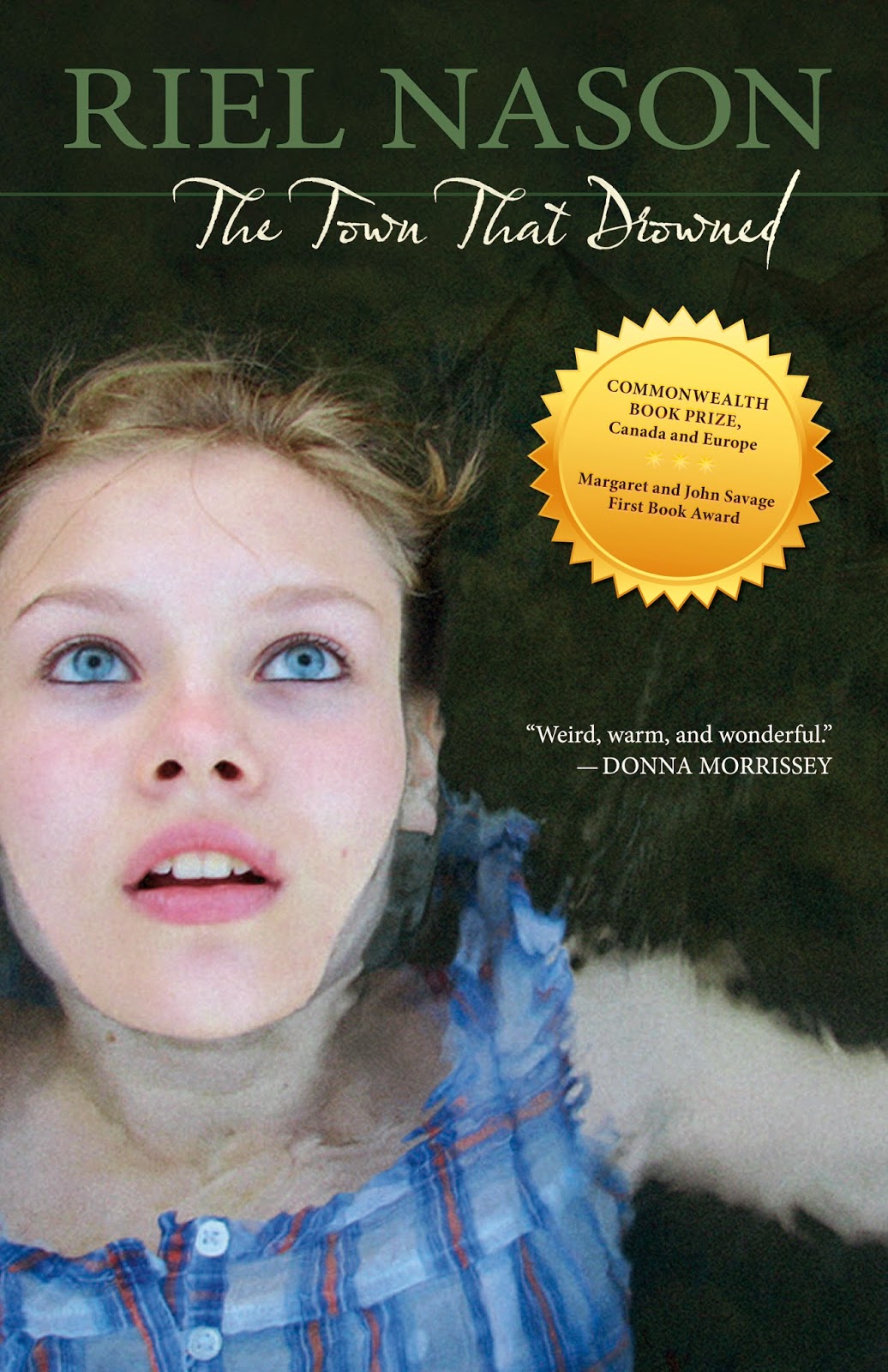 It's the mid 1960's in a small town in New Brunswick.  Little do the residents  know,  over the next two years  life in their town is going to change in ways they could never have imagined.  The entire town lies in the future flood plain of a yet to built dam.  Almost everyone will have to move.  For most people, they will adapt, but for the Carson family, it will be more of a challenge.  Their nine year old son, Percy, is not like the other kids.  He sticks to his own strict routine and doesn't accept change. (autism?)  Along with worrying about her brother and his quirky behaviour, Ruby has her own issues.  Ever since she fell in the river, hitting her head, no one will let her forget the prophetic babbling she uttered.

Small towns can be a supportive community where everyone knows everyone else, but it can also seem like a punishment when people continue to rub past events in your face.  Ruby is hoping that the forced move will improve her and Percy's lot in life.

While the main story line is the flooding of the town, that of Percy, his behaviour and how the towns people respond to him is equally significant in my opinion.  The term autism has been used since 1908, though it wasn't until the 1970s that it became more widely know.  Keeping this in mind, I shouldn't be too surprised that there was so little understanding/tolerance for Percy.

I was younger than Percy at the time this novel was set.  I have no memories of politics and how governments worked.  In this book, the provincial government is portrayed as paternalistic.  No public hearings nor consultations with the affected communities were held.  No discussion with the towns people of where they want to located their new town.  This lack of consultation led to all sorts of distrust and rumours in the community.  I really got the feel of neighbour against neighbour as people tried to cope with their loss.

This book should appeal to teens through adults.  History lovers will appreciate that the story was inspired by the construction of a dam on the St. John River in the late 1960's.

This is a debut novel for author Riel Nason

I read this book about a month ago and loved it. I recommended it to the members of my book group. Great story.

Given the number of places flooded here in the last few months this sounds like topical reading. The fact that it has an autistic character wonderful.

Hi Heather, So I have to comment, because #1. It was so nice you read my book and took the time to post about it, but more than that #2. Your blog is called "Books and QUILTS" and I am a quilter! I love quilting and even have a quilt blog too. Best hobby ever. :-)