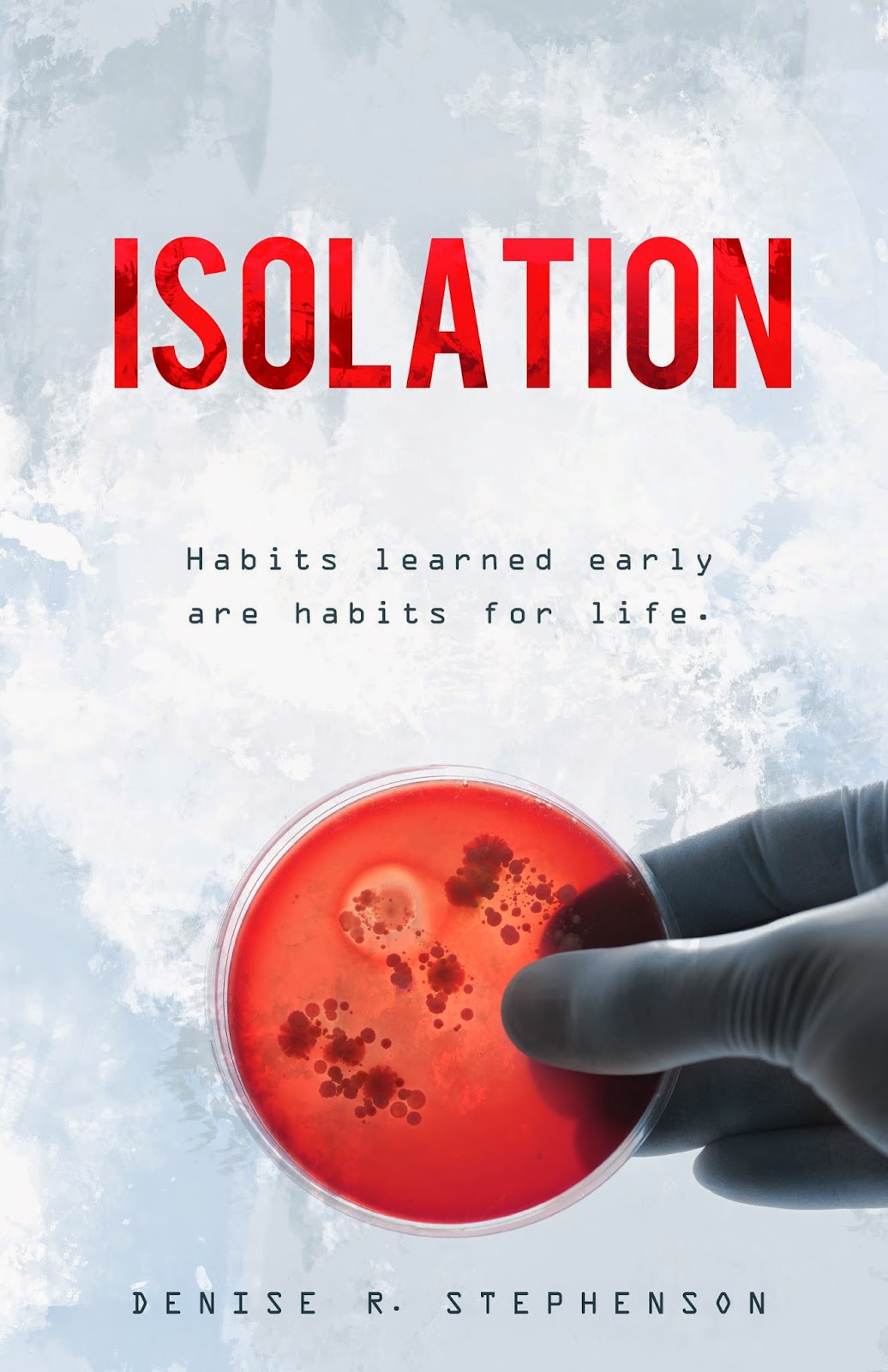 Set in the future, people start dying from what appear to be common illnesses, yet they fail to respond to the usual treatments.  Various illness strains have began to combine with other strains forming super bacterias. In almost all cases, once you contract one of these illnesses, there is no cure.  Agribusiness plays a big role in the spread as soon most crops have been identified as disease vectors.

The human response to limiting the spread is slow.  First are laws to prevent people from touching their faces.  Not an easy thing to implement and many older people find this difficult.  Then there are the babies, how do you stop your infant from putting his or her fingers in his or her mouth. But it has to be done, it's required by law.

Throughout the novel, we follow the lives of several people.  Gary had never known a life with touch, but he was curious about the past.  He chose to go into nursing as that seemed right with his urge to nurture people.  Cathy grew up before all this happened and was used to hugging and touching.  Her daughter Maggie was young when the illnesses began, and her grandson Pele had never known a touch from another person.  Trevor had finally found his place in the world.   His OCD, combined with his rigid belief in adherence to rules, earned him a top position as an Enforcer.  Important for survival but feared by much of the population.  And finally, we have the scientist/professor.  He used to work with food and drugs.  These people typify some of the responses to this unfolding disaster, some fall apart and others thrive.  I can't say I loved all these characters, but they all seemed appropriate and probable.

Scattered among the chapters are images of newspaper articles taken from the world press as events unfold.  These  provide some of the science behind what has happened and the spread of the diseases  and curtailment of daily life.  They read like true news stories, which made the book seem all the more real.  More than once I had the urge to use hand sanitizer.

Just before the mid point of the book, I was thinking that I had enough of the build up of the disease,  I wanted the author to get on with the story.  I took a break and when I came back and continued reading, that's exactly what happened.  The author had timed it perfectly, I'd had my saturation of disease and now was ready to continue with the living.

Yes, the book is fiction, though it is based on much truth and science.  I did get hints that if blame were to be laid for these outbreaks, it would be on those who value money over food quality and safety.  I did enjoy this book but at the same time it has left a bit of chill making me question some of my food choices. (not a bad thing at all).  This would make a great book club selection.

Thanks to author Denise R. Stephenson and Virtual Author Book Tours for my review copy.

For those in the United States, a Rafflecopter giveaway for 5 print copies.

a Rafflecopter giveaway
Posted by Heather at 09:21

Thanks for a great review. I especially liked, The articles "read like true news stories, which made the book seem all the more real. More than once I had the urge to use hand sanitizer." It was also nice to read that you thought I timed the shift to focus on character well. That's where revision leads a writer!