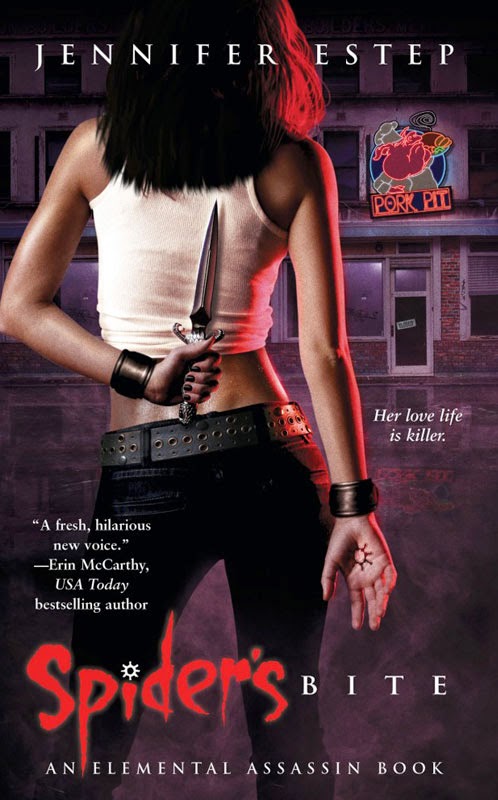 I loved this book.  It's set in a familiar American south, but the population is unusual.  Elementals, dwarves, vampires and giants live along side humans in all segments of society.  Gin is a stone elemental; she can feel the stone and draw power from it.  She is also an assassin.

She's been hired to take out a man who's been embezzling from his company.  When she shows up for the hit, everything goes wrong and sets in motion a series of events that leaves her on the run, her handler/foster father dead and a cop as her partner.  Not her usual day.

Also working along side Gin and Detective Donovan Caine, is her foster brother Finn Lane.  He works as a banker, though has received the same career training as Gin.  He's a good man to 'have your back'.  Complicating the case ,s Mab Monroe.  She is wealthy, an elemental and has her fingers in every pie in town.  Not a woman to be crossed.

I read this book over the course of two days and loved every minute.  I was glad to learn that this series currently has 12 books as well as some short stories to fill in a few story gaps.  Visit author Jennifer Estep's website for a complete list.

i was intrigued by one of the sandwiches that Gin makes for the boys.  Peanut butter and pumpkin, sounds strange, but  tempting.  I just had to try it.  I didn't think there was anything that could make a peanut butter sandwich taste better, but now I know, it's canned pumpkin.

Mix equal amounts of peanut butter and canned pumpkin.
Spread on one side of one slice of bread.
Top with slices of banana.
Drizzle with honey and then dust with cinnamon.
Top with another slice of bread or eat open face. 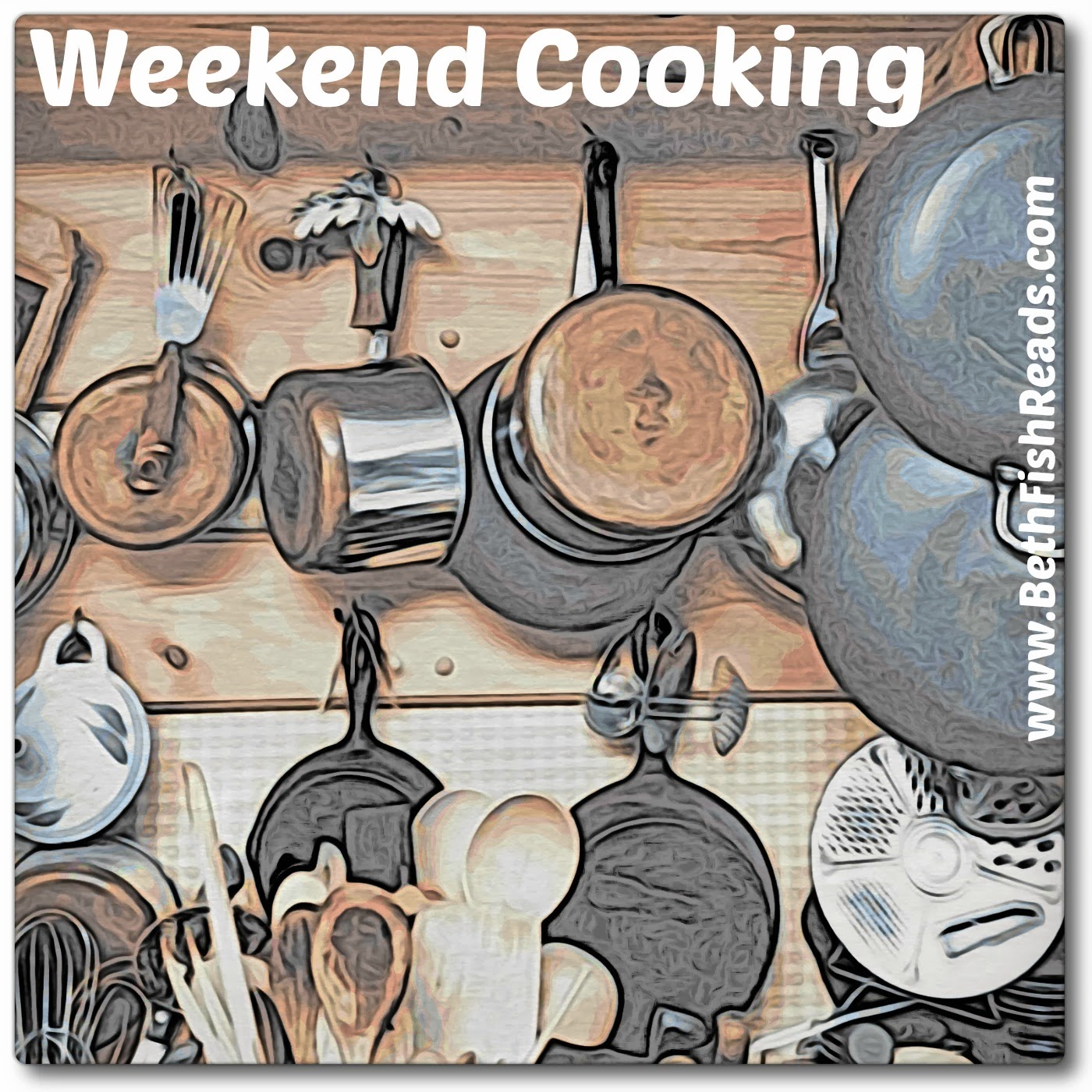 Weekend Cooking is hosted by Beth Fish Reads.  For more foodie fun, be sure to visit.
Posted by Heather at 08:00

Oh I don't think I'd be brave enough to try that sandwich! I'm glad you liked it though.

I don't think I would have ever thought of mixing peanut butter with pumpkin, but I bet it's delicious.

I like this series, too! The author includes recipes in her monthly newsletter, by the way, so I always look forward to getting it. I think this pumpkin and peanut butter sandwich sounds really tasty!

That's quite a sandwich! Cheers from cArole's chatter

I am intrigued by the peanut butter and pumpkin sandwich.

I can't believe I'm reading this - a peanut butter and pumpkin sandwich. I didn't think it was possible to improve on a peanut butter sandwich, and if I'm honest I'm slightly sceptical, but I'm also intrigued enough to give this a try. Downside is we don't get canned pumpkin here, so it does mean cooking up pumpkin specially!