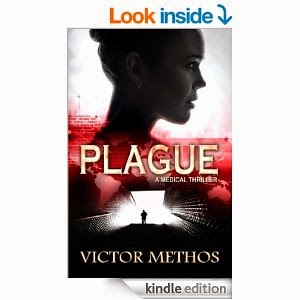 What if something new creeped out of the jungle, or hitch hiked along with an eco-tourist, and the world had no idea what it was or how to handle it.

Dr. Samantha Bower of the CDC, Centers for Disease Control and Prevention in Atlanta, received such a call. She was sent to Oahu, the largest of the Hawaiian Islands, to identify and contain an outbreak of a previously unidentified pathogen.  Also on site is Duncan Adams of USAMRID, United States Army Medical Research Institute of Infection Diseases.  He is used to working with the most dangerous diseases, those categorised as Level 4, and this one is worse, far worse.

While Sam and Duncan are fighting to identify this pathogen, there is another on the island who seems to have another agenda.  Agent William (Billy) Donner aka Robert, appears to be helpful, but has an entirely different history than one might expect from an FBI agent.  What else don't we know about this agent.

As the medical crisis unfolds, we also become aware of the politics of disease control.  Are the people of Hawaii being best served during this outbreak.  As the human toll mounts the risk of the disease spreading beyond the island becomes very real.

I was captivated by this story from the opening pages.  I have been a fan of plague type stories since I read my first books about the black death in Europe.  Whether they be fact or fiction, I can't get enough of this genre.

Over the past decade, there have been many news stories about outbreaks, SARS, Swine Flu and currently, Ebola.  With each ailment, the public has heard stories of victims, the old, the young, the healthy and those with chronic illnesses.  This fictional account is no different.  We read the stories of many people around the globe and are left to wonder whether their illness is related to the deadly one in Hawaii.  If I didn't remind myself that this is fiction, I could have got carried away and linked it with the current Ebola outbreak.

At the time of posting, this ebook is currently free at some online retailers.

Cover image credit to Amazon.com
Posted by Heather at 22:34

I admit my first thought on reading this was the Ebola outbreak.

Its scary to think that fiction could become fact in that we do hear of outbreaks of what sound like the stuff of novels, very scary novels at that.