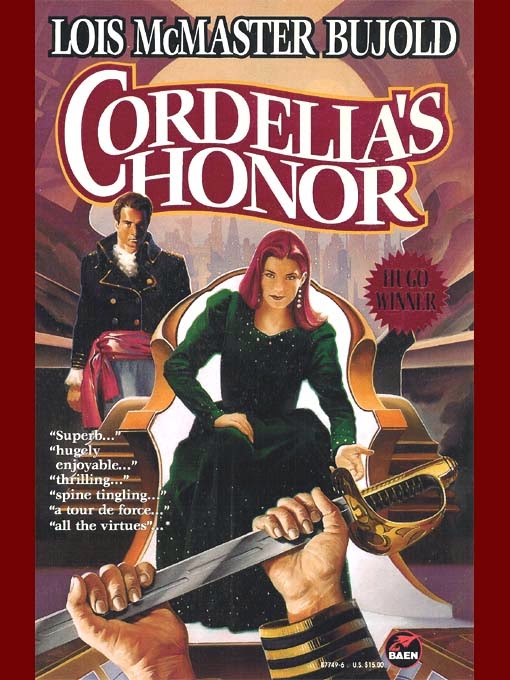 This book is comprised of Shards of Honor and Barrayar.

Commander Cordelia Naismith is a strong female character who has commanded a survey ship and crew, led a military mission, saved the life of a  young emperor and saved his country from total chaos.  When I first met her at the beginning of this book, she was in full control of her crew and ready to handle any disaster.  A few pages later, she is confronted by Captain Aral Vorkosigan and almost immediately she is attracted to him and having romantic thoughts even while she contemplating how to escape from him.

At this point I thought the book was going to be a romance novel, not what I was looking for.  I kept reading and found that was not the case.  Yes, there is romance, but it is only one part of the story between Cordelia and Aral.

Author Lois McMaster Bujold has created a complex world on Barrayar.  They are a space faring race with advanced technology in their hands, yet they also have long standing issues of class divisions, power struggles and gender roles.  I did ponder the hints of a Russian heritage for the founding of the planet.  Hopefully the founding of the planet will become clear in subsequent books in the series.

One of the strengths of this book is the great characters that surround both Cordelia and Aral.  Piotr Vorkosigan, father of Aral, is an aristocrat through and through. He does love his son, though not in a warm cuddly way, rather for the prestige that Aral can bring to the family name.  Fellow soldiers Koudelka and Bothari are definitely men that you would want on your side in any battle and Drou, though not a soldier is certainly more than capable in her role as bodyguard.

As I finished reading this book, I was already wondering about the fates of these characters and whether they would play a role in in the next Vorkosigan book.


Thanks to Baen Books for use of the cover image.
Posted by Heather at 21:11