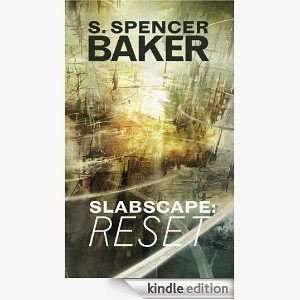 This is the story of Dielle, a man who re-awakens on a generation ship more than 300 years after it has left earth.  By awakens, I mean, his body has been rejuvenated over the past 300 years and he is mostly a new man.  He has no memory of his earlier life and is trying to find his way in a society that is almost totally foreign to him.

The ship is a massive vessel more than a thousand kilometres in length housing over thirty two million humans.

While I found this story to be intriguing, I had two major problems with it.  First was the method of re-integrating Dielle into society.  There was almost no protocol for doing this even though the technology has been in use for well over 300 years.  He was released from the hospital totally unprepared to live in the current society.  A recipe for disaster.

Second, I found it surprising that Kiki, Dielle's love interest,  was allowed access to such a high priority Reset.  She had minimal nursing experience, yet she was allowed to care for one of the most prestigious men on the entire ship.  Doesn't sound likely.

Once I could get over these issues, I did find the story worth reading.  The concept of the ship and how it worked is what kept my attention.  I glazed over the parts where the author strayed off on a tangent that really had nothing to do with advancing the plot.  The story moved rather slowly at the beginning, but got better as it progressed.  By the half way point, I was actually looking forward to my reading time.

The story continues in Slabscape : Dammit