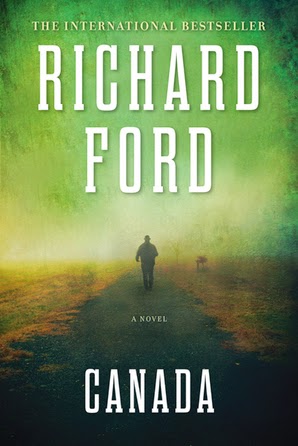 The best part of this book is that a large portion of it was set in Canada.  Other than that, I'd describe it as a monotone, even when something did happen, it was related in such a level, paced manor that it seemed common and even mundane.

The reader knows from the opening lines that the parents commit a robbery and some time later there are some murders.  That's the excitement, in those two lines.  Later, there are a few pages detailing how the country of Canada is introduced to the story, but really, it's just not an exciting story.

It is an unusual coming of age story for twins.  Berner strikes off on her own and rarely enters back into the story, while her brother Dell is sent to live with the brother of a friend of the family.  Within a short few months, Dell is exposed to and involved in a lifetime of situations.

Dell did learn important lessons from the three males in his life: his father (the bank robber), Arthur Remlinger (his guardian in Canada) and Charley(the Metis hunting guide in Canada).  None of them were good roll models, but they each taught him important lessons.

I am left wondering why Mr. Ford  chose to tell this story in such a dry manner.  He could have made it much more lively.  Then again, this telling did reflect the gravity of the misdeeds of the parents.  There was one brief moment of levity when Dell went off on his own to find a school for himself.

Thanks to HarperCollins Canada for use of the cover image.
Posted by Heather at 00:11