First Nations/Aboriginal Friday is an occasional post where I review books written by First Nations Authors.  ( in Canada we refer to our founding peoples as First Nations) 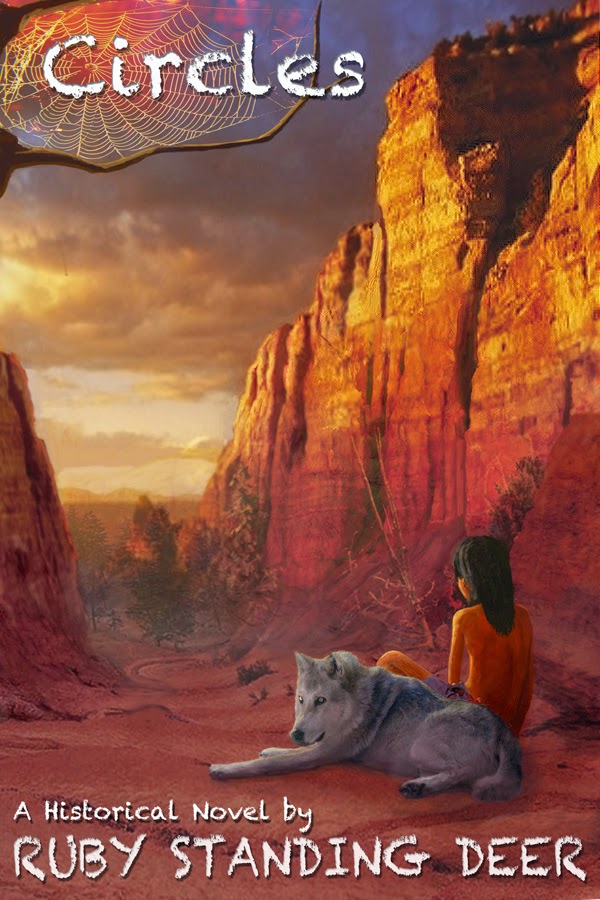 Regardless of the time period or the culture, it is not always straightforward for a boy to become a man.  Even before he was born, others knew that Feather Floating in Water was destined for great deeds.  He would lead his, and many other peoples to a new and safe land.  He was not left alone to achieve this; he had the wisdom of several elders and the words of his ancestors and spirit guides to teach him.

This story is set around 1500 in an un-stated North American location.  For most of the story I pondered which tribe these people might be and where they lived.  After I finished reading, I finally realized that it didn't really matter; it wasn't a narrative of a specific tribe, rather that of a way of life and of a belief system that could be applied to many peoples.

The Band of Fish People are peaceful.  Their way of life shows respect for the animals that provide for them.  Through his dreams, Feather Floating in Water, learns that he must lead his tribe and others that will come to follow him to a new land.  His belief in the ways of his people is strong and he trusts that the elders and those that have come before will guide him.  I was impressed with how Ms. Standing Deer conveyed this belief system and made it feel real to me.  She had me carefully reading the words of the ancestors.

While it took me a few chapters to get into the gentle tone of the book, but the closing chapters, I was totally involved with the characters and was fearing for their continued safety.  This is a gently told story which was a good reprieve from the business of my everyday life.

This story should appeal to a wide audience from chapter reading grade school children on up to seniors.

To begin reading now, a sample of the opening chapters is available at Ruby's website.

Thanks to author Ruby Standing Deer for use of the cover image.
Posted by Heather at 08:00