Along Came a Spider by James Patterson 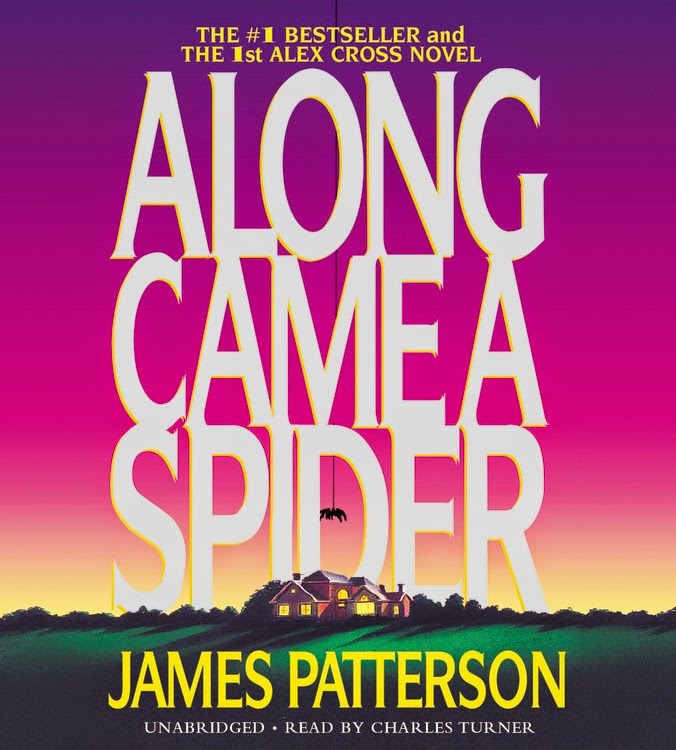 This is a cunningly crafted story that kept me listening long after I  should have moved on to other tasks.  Along Came A Spider is the book that launched the highly successful Alex Cross series, which now spans more than 20 novels.

We first meet Detective Alex Cross when he is investigating a brutal murder of a family of three in Washington, D.C.  He is soon called away to deal with a high profile abduction of two nine year olds from their private school by one of their teachers.  The teacher, Gary Soneji, turns out to be one of the most loathsome characters I have encountered in a book.

This abridged version was read by Alton Fitzgerald White and Michael Compstey (cover shown is from the unabridged version).  The reader for Gary was so effective, then when I heard his voice, I actually cringed.

Author James Patterson has created in Alex Cross, a man I could respect.  He is thoughtful, considerate and of course, highly intelligent.  He is a trained psychologist who has seen some of the worst that man can perpetrate against each other, yet he hasn't lost his compassion for those he encounters in his work and for his own family.  I look forward to reading further books in this series.

If you like characters such as Gary Soneji, you might enjoy the Color of Evil Series by author Connie C. Wilson.

Sherrie at Food for Thought

Thanks to Hachette Book Group for use of the cover image.

James Patterson is my favorite author and I love the Alex Cross series. I have read Along Came A Spider at least three times and watched the movie as many times as well. It is definitely one of those books that you can't put down.

Having read and quite enjoyed quite a few of this authors books recently I'll be sure to keep a look out for this one.