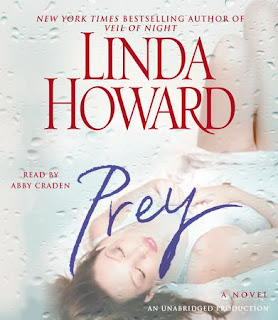 Chad Krugman has been stealing from his boss for a long time and finally it's caught up with him.  He plans to kill his boss while on a hunting trip lead by guide Angie Powell.  What he doesn't plan on  is a bear with a taste for human flesh and a guide who is much tougher than he imagines.

Angie has one last bear hunt scheduled before selling her property and moving her business elsewhere.  She is scared of bears and is taking all precautions to ensure the safety of both herself and her clients.  Almost from the start, things don't go as planned.

Not too far away on the mountain is guide Dare Callahan. He has been attracted with Angie since he returned to town yet she keeps turning down his requests for a date.

Most of the story is set in the wilderness of Montana, in bear country.  The descriptions made me want to be there.  Even the never ending storm was alluring.  The details of coffee making, much needed when camping, had me looking to purchase a small peculator the other day.

I enjoyed watching Angie and Dare's relationship change and grow.  Together they met many challenges that might have been overwhelming individually.  What I didn't like was the voice that reader Abby Craden used at times with Angie.  Usually she portrayed Angie as strong and competent but a few times, she came across as a whimpering, defeated damsel.

Prey was a good read with two likable main characters and another that I felt justified loathing.