The Good Girl by Mary Kubica 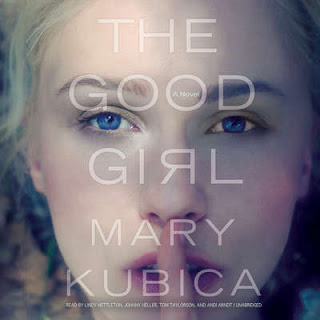 You've probably watched a police drama where a person has been abducted and the family is shown making a televised pleas for the person's safe release.  Author Mary Kubica takes us inside the police cordon, inside the abductor's lair and  shows us in detail what happened during the abduction of school teacher Mia Dennett.

We learn the story from the perspective of several narrators.  While it is usually the police detective who provides the story, here we are invited into Colin Thatcher's confidence where he shares his reasons for his actions.  It's never as clear cut as one might imagine.   It was interesting to learn bits and pieces of each person's history.  Much more effective for Detective Gabe Hoffman to relate a bit of his past and me to draw the conclusion of "aha, that's why he became a cop".

I was moved by the scenes with Gabe and Mrs. Thatcher.  They made me cry more than once.  Why would I cry for the abductor's mother.  Awesome power of the story that Ms. Kubica wove.

I thought I knew who was behind it all, but I didn't get it all right, I had some of the why, but not the who.  This was an excellently twisted tale.  Even the details of Mia and Colin's day to day existence were interesting to read.

I listened to the  unabridged audio version. 10.6 hours. The four readers did  a great job that really helped set the tone of the book.

This a wonderful debut novel and it shows great promise for future works by Mary Kubica.