The Prophet by Amanda Stevens 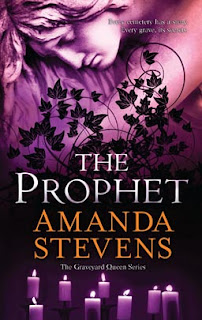 Within pages of starting this book, I was caught back into Amelia's life even though it had been more than a year and half since I read the earlier books in the series.  I still find her job as a cemetary restorer fascinating. 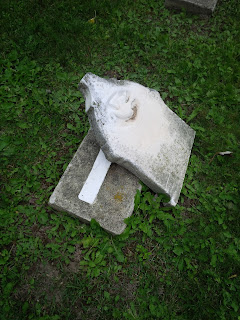 I can see the need for such a profession when I walk past my local church and see the grave stones that were broken through the years, some by falling tree branches. 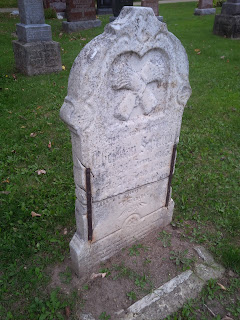 Some damage is much older and has been repaired.  I wonder whether some of the ghosts following Amelia are wanting her to tend to their memorial stones.

I like that author Amanda Stevens hasn't made the behaviour of all the ghosts the same.  She has maintained some aspects of their personalities and also allowed them to develop different levels of, shall we say, haunting skills.  I particularly like the ghost of Robert Fremont.  His haunting of Amelia takes a different tone than that of the others who trail her.

Once again Amelia is threatened from the other side.  All her life she has followed the rules her father established for dealing with ghosts, but now she questions whether this is the best approach. Perhaps it's time to engage rather than ignore.  I like of this change in approach and feel that it opens up so many more possibilities for story lines. Time to embrace the creepiness and make use of her eerie talent.