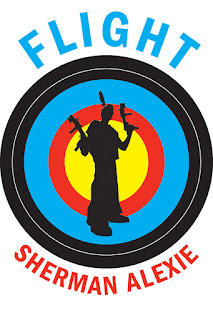 This book starts out strong and just keeps getting better.

At only fifteen years old, Zits has already lived in over 20 foster homes.  He's lost hope of any one ever truly caring for him and of becoming a member of a family.  The only person who seems to care about him is Officer Dave.

As he is about to commit a heinous act, something happens and Zits finds himself somewhere else, some time else and some one else.  What follows reminded me of  the late night trips Mr. Scrooge took in Charles Dickens A Christmas Carol, though I found the events and emotions provoked in Zits' trips more poignant.

I was captivated by this novel and by the trips that Zits found himself trapped in.  He was confronted by some serious situations which he found he couldn't control.  By the time I reached the final trip, I was so caught up in the tale that I could hardly see the words on the page due to my streaming tears.

Zits thought he knew much about life and why his was so rotten.  As he travelled into other lives, he had the opportunity to learn that other people who's lives might look great have secrets within that an outsiders can't know and that because of them we each have serious decisions to make.  In the end, Zits has to think about what he is doing and learn how to make his own decisions.  Thanks to author Sherman Alexie for making me care about a character who didn't care about himself, for leading me to cheer for him and wanting him to find his way.

First Nations Friday is an occasional post where I review books by First Nations, Metis and Inuit authors.