Jack and the Geniuses: At the Bottom of the World by Bill Nye and Gregory Mone 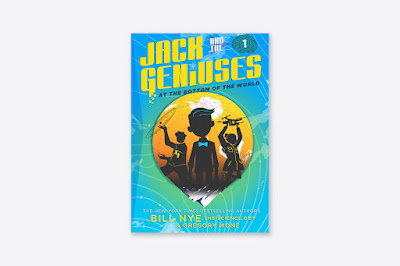 Wonderful adventure story packed with scientific facts.  Parents will enjoy reading along with their kids while they learn together about Antarctica, the most southern continent.

Jack, Matthew and Ava are three orphans who have formed their own family unit.  While Matt and Ava are the brains, it's up to Jack to keep everyone on track and moving forward.  When an opportunity presents itself for the three to work with a top notch scientist, they jump at it.  When their association leads them to Antarctica, the children find that they may have met their match. 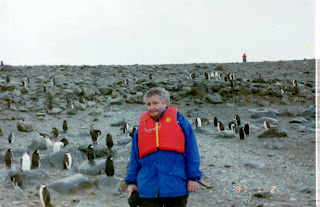 I thoroughly enjoyed this story.  Coming from Bill Nye, I expected it to be filled with science and I wasn't disappointed.  The remote location of the story and the interesting plot should be enough to peak the curiosity of young readers.
In a classroom setting, the book could form the basis for a unit on inventions as well as one on exploration.  I was fascinated when visiting the Auckland War Memorial Museum in New Zealand that featured a replica of Ernest Shackleton's Antarctic hut.  What I saw there is far removed from the amenities the children had on their trip, though the weather and isolation were the same. 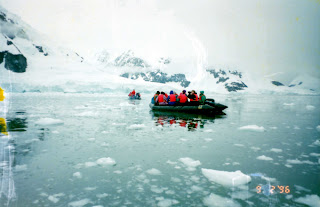 My god father, Jim Ellis, twice travelled to Antarctica.  It is not a luxury cruise ship that you travel on, but a working scientific research vessel.  Unlike the children in the book, before he left, he was given an list with an extensive wardrobe and items that he would need for the trip.  A standard winter coat isn't going to cut it.

The landscape there is unlike anything I have experienced, it is beautiful in its starkness, but dangerous for those not prepared.


The second book in the series,  In the Deep Blue Sea, is due out September 2017.

Photo credits to Jim Ellis.  Thanks to my aunt, Mary Ellis for sharing with me these photos.  Jim was an avid traveller and visited well over 200 countries.  He enjoyed seeing the natural and man made sites as well as visiting with the people who made their homes at those locations.

Heather, your Blog definitely makes me want to read this book. Love, Mary