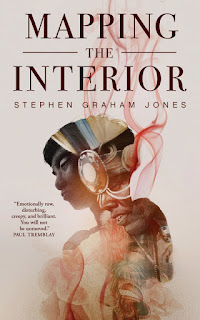 First Nations Friday is an occasional post where I review works by First Nations, Inuit and Metis authors.


Twelve your old Junior lives it his mom and little brother in a small modular home.  He is haunted by the loss of his father when he was four.  Now, on the cusp of becoming a man, he has to learn to cope with his feeling about his dad, a man he mostly knows through stories told by his mother.  Using those clues and traditions passed down from his native Indian culture, he weaves a vivid tale of his father's remarkable return to the living and of his brother's downward health spiral.  Or is it just a tale, has Junior broken through the veil to somewhere else, some time else.

I was captivated by this short story and am left wondering which parts were Junior's imagination and which were the truth finally coming to light.  A good mix of reality and mysticism.