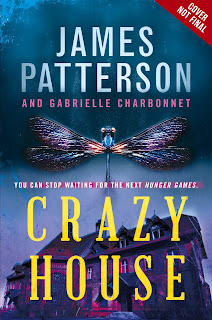 Set in a dystopian future, the country has been divided into small cells.  The population of each is dedicated to a particular job sector, such as agriculture.

Becca has always pushed the limits where as her twin sister Cassie has been the model citizen and hard working student.  With both their parents gone, they take care of each other.  When Becca disappears one night, Cassie has to decide to either let her go, or to challenge the system and try to find her.

This story held great promise but fell flat for me in the execution.  A bunch of little things didn't make sense.  For instance, in a cell that is only a few miles across, yet with lots of space dedicated to farming, I would think that even one teen going missing would be significant.  With over half a dozen gone and no one concerned, that doesn't seem realistic.

From that point I kept hoping the story would improve, but it never seemed to pull together.  Even with the plot ending on a cliff hanger, leading me to suspect that this is destined to become the start of a series, I am not interested in reading further.

Sad it did not work quite the way it should have, for you.