Siblings Chase and Ava travel to  different locations and times  in this new book series.  They are given a mysterious suit case that contains a number of unusual item.  They'll have to work together if they are going to figure out what to do with the case and its contents.

This is an enjoyable story for young readers.  It is full of adventure and at the same time readers will learn about bit about history with enough clues to encourage independent research,

The series continues with The Escape from Egypt

#IndigoEmployee
Posted by Heather at 08:00 No comments: 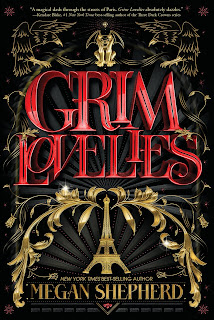 I was totally caught up in this unique magical story.

Set in Paris, France, Anouk has never ventured out into the world she watches from the windows.  She is much too young and in-experienced.  Even though she looks seventeen, Mada Vittora created her just over a year ago. Mada is part of the magic world that lives parallel to, though unknown to the Pretties, the everyday common world.

Anouk has become caught up in a power struggle between the magic royals, the witches and the goblins.  She just doesn't know how much influence she could hold over the outcome.

Along with her created friends, and some unlikely alliances, she ventures out into the Pretty world and realizes there is far more to it than strolls down the boulevard and other such frivolities.

I loved this story.  The story line was unique and Anouk was such a refreshing character.  She was so innocent of the ways of people/witches and she managed to maintain much of that throughout the many trials she endured.  Her trust and reliance on her friends made me feel safe along with her.  I found myself cheering for her and encouraging her to venture out of her safe little world of housekeeping.  #TeamAnouk

The is much more of her story to be told and I eagerly await author Megan Shepherd's future writings.

I received an advanced reader copy of this book from Indigo Books & Music Inc. in exchange for an honest review.

The Field Guide to the North American Teenager by Ben Philippe 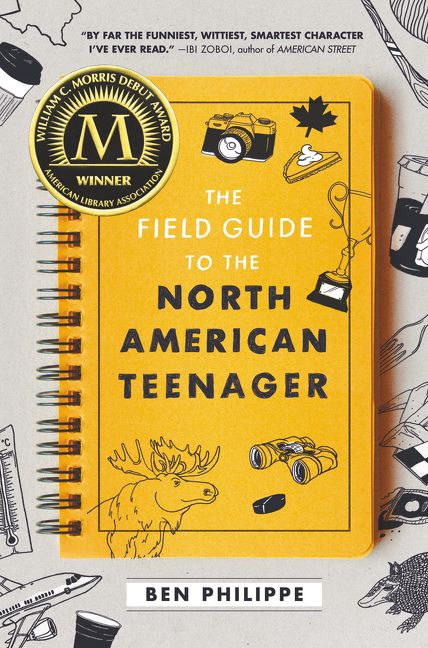 Well worth the read.

I'd read about 10% of the book when I decided that it just wasn't working for me. I was going to stop, but then considered, what would a tell a teen who asked me about it at work one day.  I'd better read a little more, give it a fair chance at least.

I tried to put myself in a more 'teen' frame of mind and plunged back in.

I already liked Norris. He was kind of cool, but feeling out of place with the move to Austin from Montreal.  I had moved overseas at the same age and found myself a visible minority at my new school.  I couldn't fault his mom for moving the two of them, university positions aren't easy to come by and this job was a perfect fit for her knowledge base.

Back to the high school.  Sure, it was larger than Norris's previous one, but essentially the same just with a larger assortment of students.  He'd soon find a way to fit in.  The cheerleaders, jocks, geeks, loners and more were all there. Which was he. It was a new school, a new start, he could have his pick.

Writing in the journal that was given to him the first day of school became his coping method and sounding board.  He wrote down first impressions and observations at first.  It quickly became his 'thing'.  The novel itself is written as though a field guide. At the start of each chapter is heading such as: observable characteristics, attire, habitat, preening habits etc.  At first, I only glanced at these not realizing that I was missing out on a valuable part of the book's approach.  When I started reading them more closely, the concept of field guide became clear.

I'm glad I stuck with this book as I found myself really enjoying it.  The family dynamics between Norris and his parents seemed so real, both the good and the bad.  The inviting atmosphere at his part time job should have been a signal to Norris and I was waiting for him to get it.  Now when I'm at work and a teen asks me about this book, I'll be prepared and will gladly recommend it.

At the Edge of the Universe by Shaun David Hutchinson 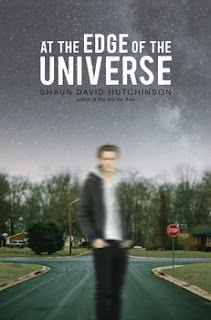 I was totally blown away by this book.  I picked it because I thought it had a cool premise, but as I started reading, each chapter drew me deeper in.  I had one guess at where Ozzie was coming from, but it didn't really fit and turns out I was way off base.

Ozzie and Tommy had been in a relationship after knowing each other for most of their lives.  One morning, Ozzie wakes up and Tommy has disappeared, not just from his life, but from the world. No body knows nor remembers him, not even his mother.  As he continues to tell his story, we soon learn that something is very wrong, not with anyone in particular, but with the world it's self.

I loved the assortment of teen characters in this book.  They seemed so real.  They had love issues and stresses.  School was still the pain it was in when I attended and college acceptance letters were still pending.  Ozzie has no trouble with being gay, while Lua is exploring her identity, swinging daily between her male and female persona's.

I fully recommend this book for teen readers as well as their parents.  I am looking to reading more by author Shaun David Hutchinson.

I read and online version of this book available from Rivited which is hosted by Simon Pulse.