The Best Christmas Pageant Ever by Barbara Robinson 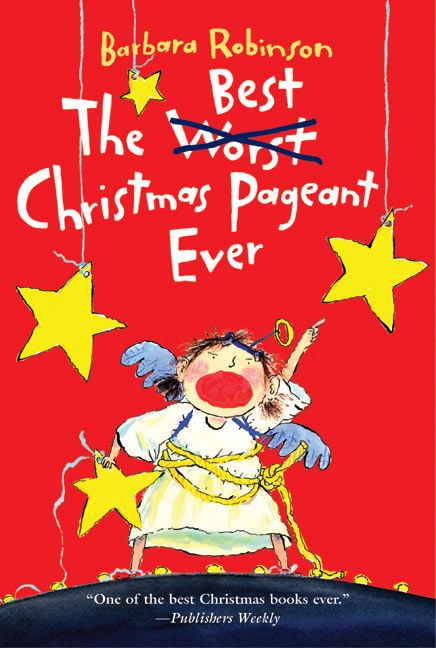 This is the sweet, but humbling story of how a school and church learned the true story of Christmas.

The Christmas pageant was the big highlight of the season.  The same church lady had arranged it for years and she chose the same children to the play the roles year after year.  This year she was sick and another mother volunteered to organize and run the rehearsals.

Meanwhile, at school, the Herdmans were running/ruining everything.  They were the worst kids at school and their mother had no control over them.  Inadvertently they were invited to church by a classmate.  When the six Herdmans learned about the pageant, they took over and ended up with  every role.  That is when the learning and fun started to happen.

Every one else knew the story of Mary and Joseph and trip to Bethlehem except for the six newcomers.  They asked all sorts of questions which made the rest stop and think about the true meaning behind the play.

This is one of those books that you are going to want to keep at hand and reread every year even when your own children think they are too old to be read to.

#IndigoEmployee
Posted by Heather at 08:00 2 comments: